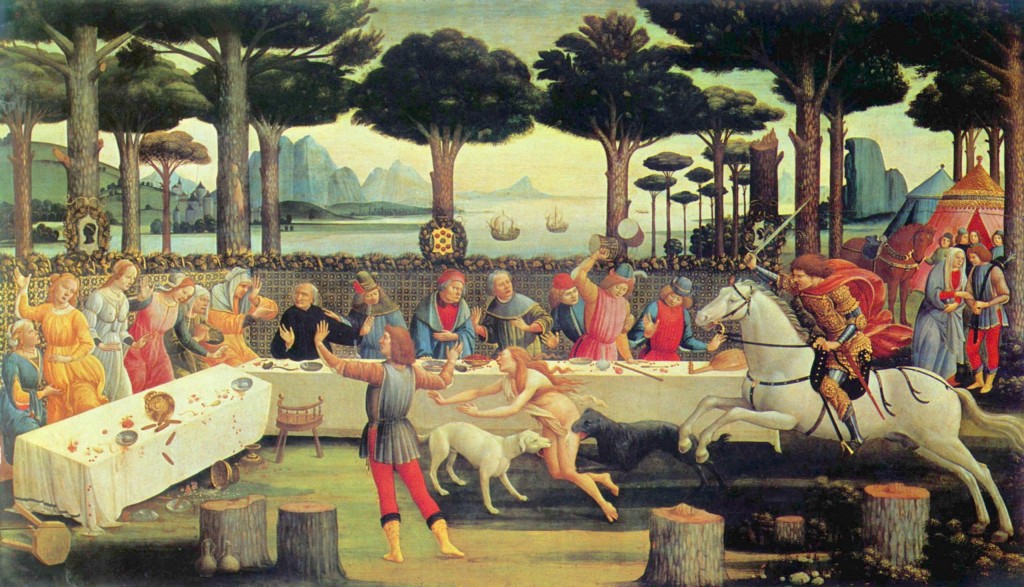 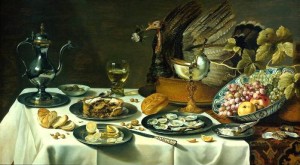 Food at a banquet was served at the table on large platters and guests helped themselves using a knife to cut off pieces of meat which they would have then eaten delicately with their fingers (forks were an Italian Renaissance idea that only became popular near the end of the 16th century). It was down to the way food was shared that a number of formal rules were developed that directed people on how they should behave at mealtimes. These were mainly concerned with being considerate to others and cleanliness, starting with the necessity to wash your hands before sitting down. If you were at the top table you would have washed your hands in a small bowl called a ewer which was brought to your table by a servant. Things considered bad manners at a banquet included putting old bones back on a shared plate, nose picking, ear scratching or blowing your nose – exactly the kinds of things that would be frowned upon today. Your behaviour at a banquet could and would be noticed so good table manners were vital if you wanted to succeed at the Tudor Court. END_OF_DOCUMENT_TOKEN_TO_BE_REPLACED