“All the walls between the King’s place and the Friars were hanged with arras, and the way strewed with rushes. The Friars’ church was also hanged with arras. The font, of silver, stood in the midst of the church three steps high, covered with a fine cloth, and surrounded by gentlewomen with aprons and towels about their necks, that no filth should come into it. Over it hung a crimson satin canopy fringed with gold, and round it was a rail covered with red say.
END_OF_DOCUMENT_TOKEN_TO_BE_REPLACED

Anne entered her confinement on the 26th August. There had been a lot of anxiety leading up to this date as it appears Anne had some difficulties in the later stages of her pregnancy. Eric Ives explains how Henry was said to have “been at his wits end, even hoping for a miscarriage if it would save Anne’s life”. Anne eventually gave birth to Elizabeth less than 2 weeks into her confinement. The birth was straightforward and Henry was hugely relieved that his wife and child were safe. Henry and Anne named their baby Elizabeth, after both their mothers.
END_OF_DOCUMENT_TOKEN_TO_BE_REPLACED

G W Bernard’s biography of Anne couldn’t be more different to Eric’s as he is of the opinion that Anne was guilty of adultery, which he also argued the case for in ‘The Last Days of Anne Boleyn’. Such is the difference of opinion between Bernard and Ives that they spent much of the 1990′s debating the subject in historical journals and when this book was published in 2011 it was seen by many as an attempt by Bernard to reignite the argument. As a huge fan of Anne Boleyn I totally disagree with what I’ve heard from Bernard but I am yet to read his book. Whilst I don’t believe it will sway my own opinions I definitely intend to read and review the book in the future as I think it’s important to hear all sides of an historical debate, however flimsy or sensational you believe the arguments to be! END_OF_DOCUMENT_TOKEN_TO_BE_REPLACED 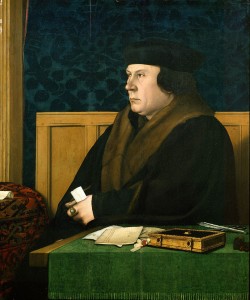 I’m going to give a run down of the opinions of the historians as best I can and will add my personal views at the end too. END_OF_DOCUMENT_TOKEN_TO_BE_REPLACED